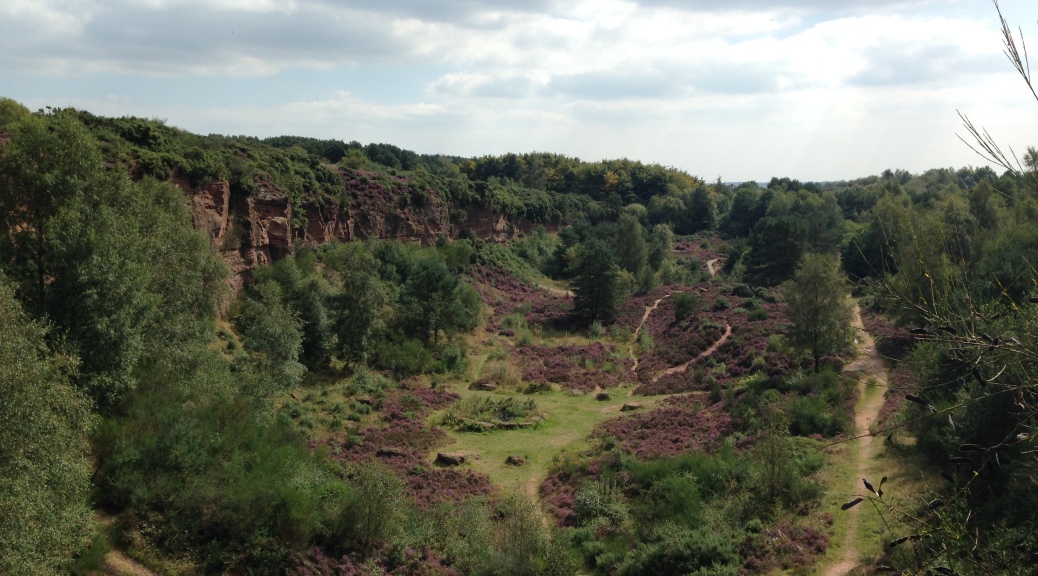 For today’s geological site, I’ve gone beyond the boundaries of my native Shropshire to neighbouring Staffordshire.

Location & Access: Hulme Quarry is located to the east of Stoke-on-Trent, about 1km north-east of Longton at 52*59’49” N, 2*06’28” W.  The whole area is a country park (Parkhall Country Park), nature reserve and a designated SSSI.  The site can be reached from either the A520 (Weston Road) or the A5272 (Park Hall Road).  There are plenty of carparks at the site and most of the paths are wide and well maintained.  There are a few inclines, but nothing too steep (depending upon the path).  There are multiple paths so that someone with mobility issues should still be able to enjoy the place.

Geology: The whole quarry is dominated by the Hawksmoor Formation 246-251Ma which puts it at the very early Triassic Period.  The whole quarry is a collection of red sandstone and conglomerate, and is an excellent place to see this formation.  The quarry sides are easily observable and accessible (though be careful of falling rocks). 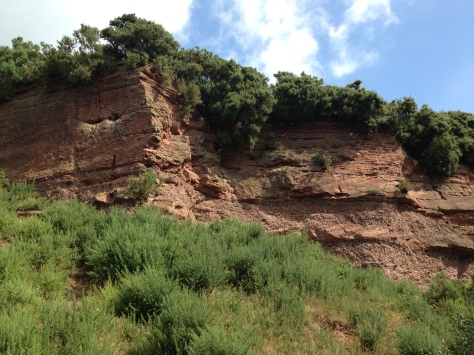 The conglomerate and sandstone can be seen on top of each other in bedding layers.  In the sandstone you can see the cross bedding from the movement of the ancient sand dunes.  There are small layers of pebbles in the sandstone suggesting periodic water movement over the sand dunes.  The conglomerates are the result of a river that moves over the area, and was probably ephemeral.  This is evidenced by the presence of regular graded bedding amongst the pebbles, suggesting regular changes in the flow of the water.  The pebbles themselves are made up mostly of well rounded quartz. 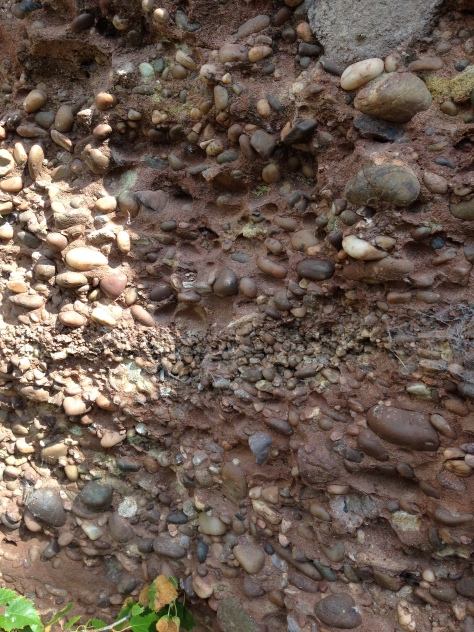 The red colour of the rock comes from the presence of iron oxides, left behind by evaporating water.  The combination of red colour, cross bedding sand dunes and ephemeral streams shows that this place was once a desert.  This is typical of rocks from the Permian and Triassic that can be found around Britain.  Occasionally you might find a small patch of mudstone.  I remember being shown some when I visited this site at university several years ago, though I couldn’t find it again this time. 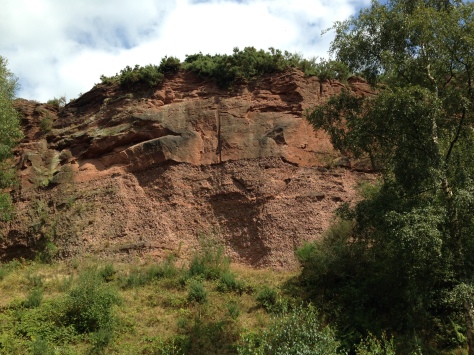 Other Stuff: The whole area is a beautiful place to walk around.  There are numerous paths, plenty of places to walk, pine tree forests and areas of lowland heath & brush.  There’s bird watching for those that are into that sort of thing, plus plenty of places to ride a bike.  On a hot summers day, with the brush and the red sand, it’s easy to imagine the areas desert past. 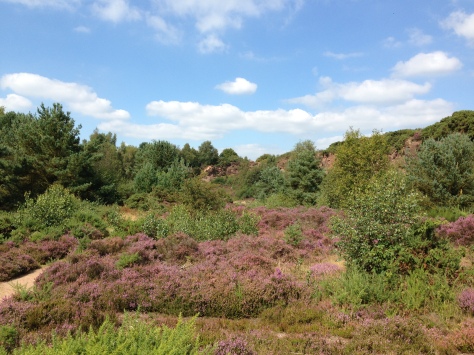 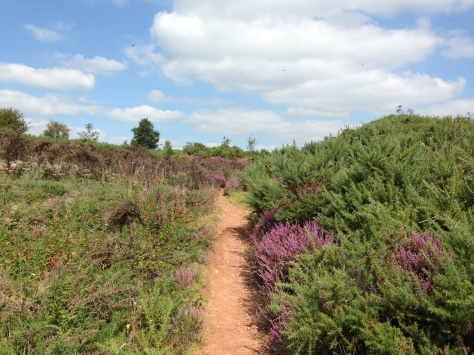 Reference: The Geology of Britain; An Introduction by Peter Toghill (2006), Geology (2nd Edition) by Stanley Chernicoff (1999), Sedimentary Petrology (3rd Edition) by Maurice E. Tucker (2001), iGeology map from the BGS (2014) and the notice board from the site.